Crossroads project examines spatial navigation from interdisciplinary perspectives and brings these perspectives to undergraduates with a series of pedagogical videos. 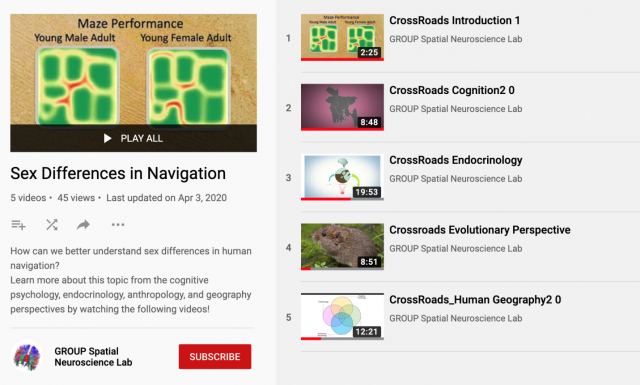 UCSB Crossroads is a year-long, multifaceted interdisciplinary research and education experience for UC Santa Barbara doctoral students. Lab members Carol He and Mary Hegarty recently collaborated on a Crossroads project on the topic of sex differences in spatial navigation.

In recent years, spatial navigation has come to the forefront of several academic disciplines. In Neuroscience, spatial navigation has emerged as a potential behavioral marker for detecting individuals at risk for dementia, with performance declining with age. In Cognitive Science, a long-standing literature has probed sex differences in spatial cognition. In Endocrinology, spatial navigation is studied with respect to sex and stress hormones’ role in shaping the brain’s navigational circuitry. In Anthropology, the evolutionary pressures that shape these sex differences are paramount. In Geography, researchers examine underlying perceptions of the navigational environment and the distortions thereof. Graduate students and faculty from departments of Psychological & Brain Sciences, Geography, Anthropology, and English participated in this Crossroads project to examine the topic of spatial navigation from these traditionally distinct but inherently overlapping academic disciplines. They delved into existing literature on sex differences in navigation and spatial cognition, the effects of menopause on the brain and behavior, navigation sex differences in animals and humans, and the neuroscience of aging. The graduate student fellows developed a set of pedagogical videos exploring spatial navigation from different disciplinary perspectives, which were used in undergraduate classes. The project helped launch a highly interdisciplinary research program that has resulted in one submitted manuscript, one grant proposal, and several ongoing research projects. The pedagogical videos can be accessed via this YouTube link: 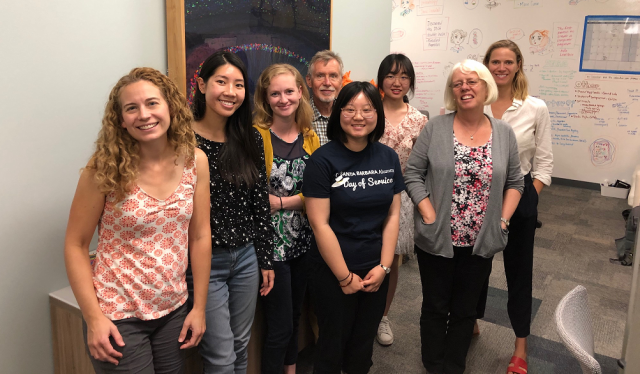